Building the Financial Services of the Future 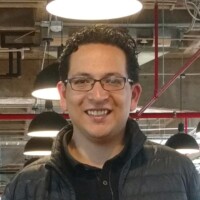 I.T.: The fact that Bitso has become one of the largest exchanges in Latin America makes you consider that Bitso is doing things the right way to win the trust of its customers and people who are interested in investing in this new technology. I was also struck by the vision that the founders of Bitso have of how cryptocurrencies can become the money of the future, displacing traditional banking and those actors who do not know how to take advantage of this new technology.

"In Bitso, an important effort is being made to continue finding new use cases that allow people who are not part of the traditional banking system to get closer to cryptocurrencies, without having the need to know how it works underneath."

How did you become part of such a disruptive sector as cryptocurrencies?

I.T.: With a little luck to be honest. My first approach was on a website called “Slashdot”, which I used to visit a few years ago, where I first met Bitcoin and the technology behind it (DLT and Blockchain) and was very curious to learn more about it. I saw a tutorial on the Internet explaining how the technology works and in the end they gave away half a cent of BTC by answering a questionnaire. That’s how I got my first wallet and entered the world of cryptocurrencies.

How would you define the Crypto Community in Mexico?

I.T.: As a thriving community that is growing. The community is still small and an important effort to bring technology and its uses closer to people who don’t know or aren’t interested in knowing about crypto is missing. In Bitso, an important effort is being made to continue finding new use cases that allow people who are not part of the traditional banking system to get closer to cryptocurrencies, without having the need to know how it works underneath.

What has been your biggest challenge in Bitso?

I.T.: Arriving just one month before Bitso got regulated by the Gibraltar Financial Services Commission (GFSC) to lead one of the teams directly involved in that issue and help close the implementation of the requirements and policies required by the new regulation; that seems to me to have been the biggest challenge I have faced in Bitso so far. The situation involved having to acquire a significant amount of knowledge about the company’s operation, policies and systems in a very short time and start making decisions that could have a significant impact on obtaining certification.